In a dispute – who accompanies the employee?

In the choppy seas of ever changing case law and employment legislation, our beacon as HR practitioners is often the safe haven of the ACAS Code of Practice. Shock horror then to learn that one aspect of the ACAS Code has been expressly disapplied by the EAT. 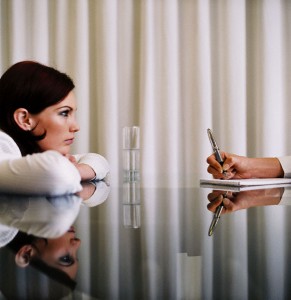 Whereas the legislation (Employment Rights Act 1999) gives workers the right to “request” to be accompanied at formal hearings, such as disciplinary hearings, the ACAS Code has always gone a step further, requiring employers to “offer” an employee the opportunity to be accompanied.

Subtle difference, I know, but many a dispute has turned on less than ‘whose fault was it that the employee rocked up on their own’.

The point of note, however, is around who accompanies the employee and what influence we have (if any) in their selection. The legal position is that the worker is entitled to be accompanied by a single companion who is a fellow worker or a trade union official of his/her choice.

The ACAS Code then offered guidance on this point stating that the request must be reasonable – for example, it would not normally be reasonable if the chosen companion’s presence would prejudice the hearing or if the companion is based in a remote geographical region when an equally suitable person is available on site.

Armed with such guidance, employers have exercised their powers in the name of reasonableness and interfered with workers’ companion choices when these have not seemed like a good idea.

A case in point, where two employees jointly commit an act of misconduct (fighting in the car park), it might not seem like a good idea to allow them to accompany each other to their respective disciplinary hearings.

The EAT, however, has disagreed and disapplied this aspect of the ACAS Code, ruling that an employee’s choice of companion is an unfettered right which cannot be limited by the employer.

We understand that ACAS will be amending their Code to comply with this ruling in due course.

For more information or advice please don’t hesitate to contact us.